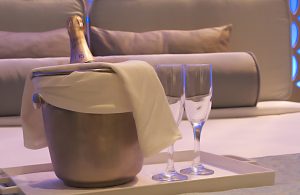 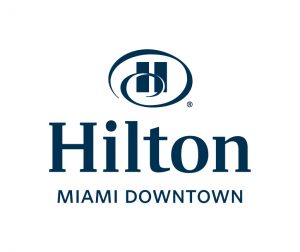 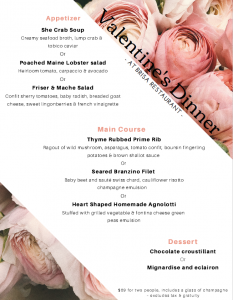 Includes hotel accommodations plus dinner for two at Brisa Restaurant. Reservations can be booked at Valentine's Day Room Package

Non-hotel guests can also enjoy dinner at Brisa Restaurant from 6pm – 10pm. Attached is our special menu. Reservations are recommended and can be made at nourish@hilton.com, 305-714-3880 or directly with our concierge team. 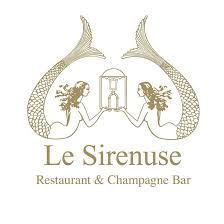 Champagne Bar: Melding the cocktail culture of The Surf Club’s early years with Italy’s aperitivo cult and talent for gourmet snacks and light meals, Le Sirenuse Champagne Bar is a warm Mediterranean breeze wafting into Miami from the bay of Positano. Overlooking the ocean in The Surf Club’s original ballroom, it’s the place to raise a toast to la vita and l’amore – in Venetian glasses hand-made by Carlo Moretti.

This Valentine's Day, join us at Le Sirenuse to celebrate Amore and the essence of the Amalfi Coast brought to life by Chef de Cuisine Antonio Mermolia. A special four-course tasting menu will be offered with the option of Dom Perignon Rose. For reservations please contact Le Sirenuse.

$250++ including one glass of champagne, per person. A la carte service will not be available

Begin the day at the Spa enjoying the holistic benefits of the Gemstones Calming Restorative massage. Unwind with gentle and rhythmic movements paired with a heated infrared technology, proving to be the ultimate in a calming and healing journey. Following a serene and leisurely morning at the Spa, guests are invited to make their way to Le Sirenuse Miami’s colourful oceanfront restaurant, MARE. When booking an a la carte lunch between February 10 and 15, 2020, guests will receive a decadent dessert and a crisp and flavourful Bellini. Enjoy the effortless elegance of the seaside setting while soaking in the breath-taking views of sun, sand and sea. 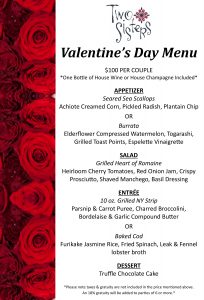 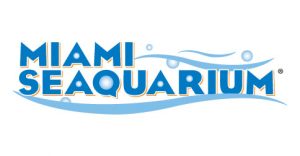 Love is in the Water at Miami Seaquarium!

For a limited time, save 35% off on animal interactions. Choose from different programs like our Dolphin Odyssey, Penguin Encounter and more!

Interactions must take place between February 1 - 29, 2020. Offer available online only. Not valid on existing reservations. Other restrictions apply. 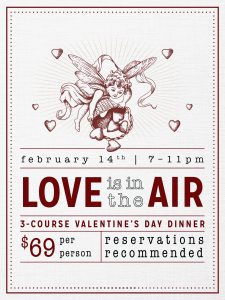 Love is in the Air at The Social Club at Surfcomber South Beach!